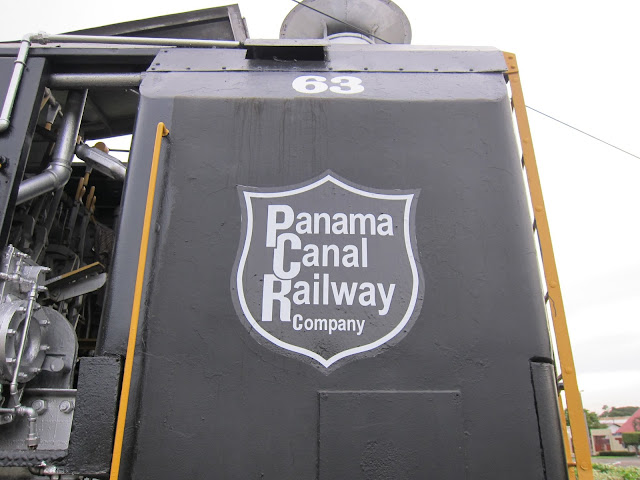 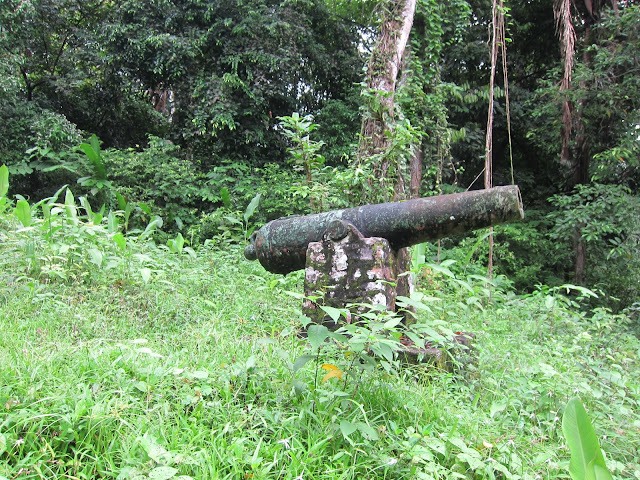 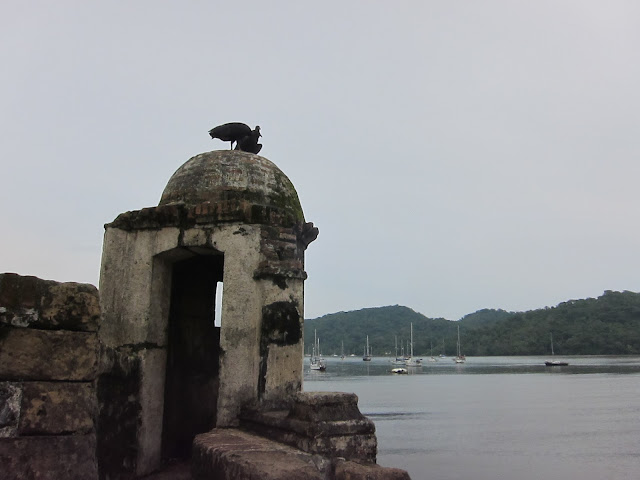 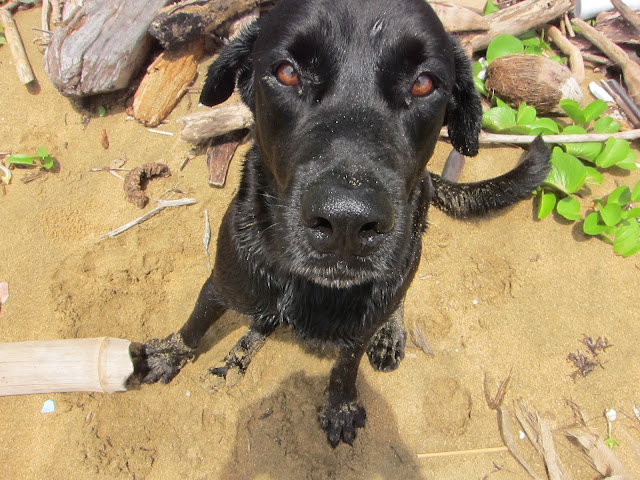 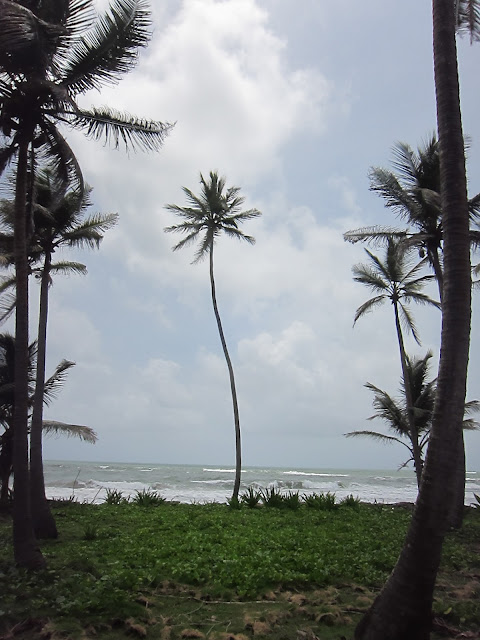 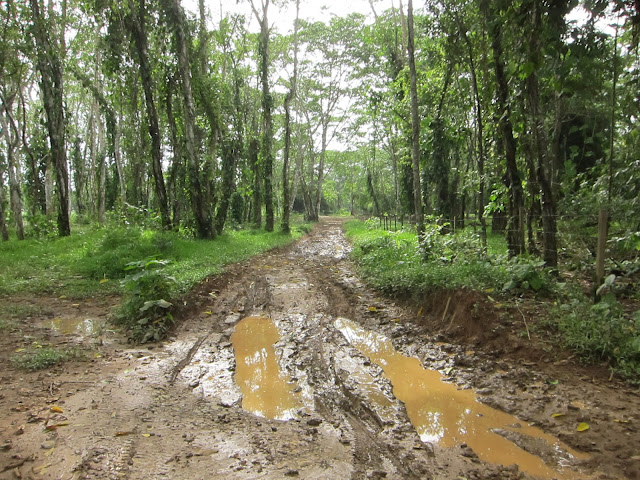 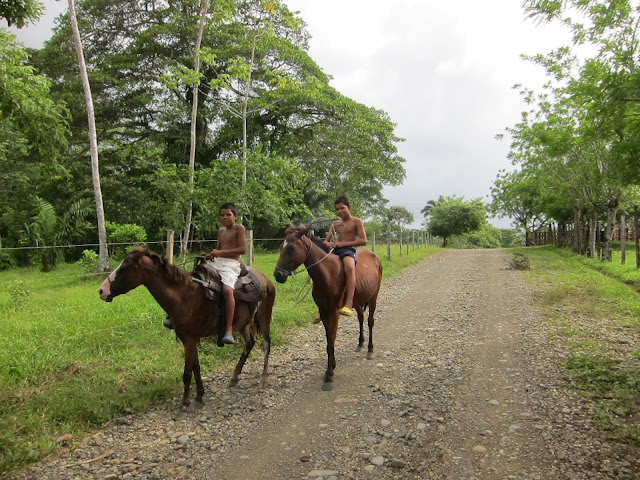 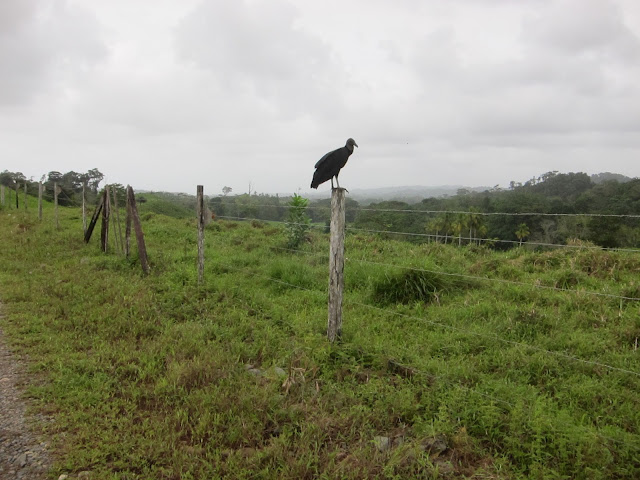 Posted by bikegreaseandcoffee at 5:38 PM 2 comments:

Were in Portabelo Panama. Exploring boat options to Colombia.
Posted by bikegreaseandcoffee at 10:55 AM 2 comments: 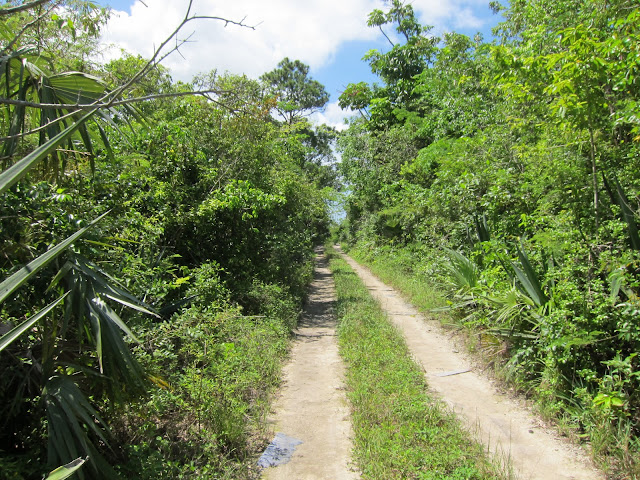 Sorry to leave you all hanging. My little laptop took a lightning bolt for the team and is totally fried.* So I'm at the mercy of finding computers where I can. Bare with me as I belt out this posts with very little prof reading. I've also teamed up with a Don Juan sailor turned bike tourist named Chris. We are currently ever so slightly grounded in Mexico city. It been a fantastic shit show to get here to say the least:

We worked for weeks on the boat in the ship yard. Finally we got it back in the water fairly happy with the complete retrofit. We tried to set out to open water from Palm Beach but the wind and current had other plans for us. We tried several sketchy times to clear the canal but turned back every time just before crashing on the rocks. We decided to motor south on the intercoastal water way down to the larger outlet in Ft. Lauderdale. Three days and lots of draw bridges later we splashed into the big blue. The wind blew strong in our faces from the Southeast and the gulf stream tried to carry us to Quebec. For a few discouraging days we beat into the wind, sailing non stop around the clock and could still see the Ft. Lauderdale skyline.We could have walked to Panama faster. The plan became to motor\ sail East towards the shelter of the Bahamas and the other side of the Gulf stream. But once again the wind had other plans for us. Like shutting of completely. The ocean became a glassy lake and we became dependant on the severely underpowered little 9.9 Suzuki outboard. The current was so strong to the north that all the motoring we did pretty much just kept us in place. Herve the Captain is probably the most impatient, brash and cheapskate of a man I have ever met.  He screamed and yelled and treated me like a ten year old cuz I'm still learning to sail. But it was he who kept changing coarse, yelling different coordinates and running us in circles. As we neared the first inhabited island of the Bahamas he ran us aground the first time in a haste to get there before we ran out of gas. Good thing were in a Catamaran know for a very little draw and were able to get off that sandbar. Soon I was standing up on the mast spreaders looking out at the beautiful water, pointing out sandbars and bull sharks on the way in. We spent a night, got some gas and sipped beers with the locals on Andros Island. The next day luckily we only kissed one reef with the hull taking off only paint and still managed to make a speedy 25 miles in 24 hours. When finally New Providence and Nassau can into view and we headed for shore. Herve didn't want to pay the cruzing tax or docking fees so we hid in a neighborhood canal, pulling up to an abandon house (or so we thought). We went for breakfast and when Herve pulled some crap saying we owed him and wouldn't pay for his own meal. (we worked 2 weeks of 10 hour days for him in the ship yard with him not so much as buying us food) That was the last straw for Chris and I. We jumped ship.
We knew we needed to get to immigration and get our passports stamped but... things just started getting in the way. Like exploring the island, swimming, diving, riding and beach camping. So when we went to report to Immigration at the airport a few days had gone by. No big deal, so we though. Instantly were charged with illegal entry and put in custody. Were held all day and lots of accusations and threats were made. Were cuffed together and thrown on a bus. Two Americans in a sea of Hatian, Cuban and South American refugees.We're all thrown into a heavily guarded camp of human squalor. The conditions were pretty brutal.A tightly run black market\ bribery game is the only thing to keep you from starving or sleeping on the filthy concrete with the rats. We made friends though and were treated to sharing a single shredded mattress for the night.  Man, I feel really bad for the good dudes we met that had been in there for months. Next afternoon we were called out and told the news that we would be able to buy tickets and leave right away. If we couldn't buy tickets we would rot till the embassy was able to get us out. We bought tickets. And luckily (with lots of insisting) able to stall long enough to get the bikes on the plane with us. A 35 minute flight for what it took us 5 days on the boat.
In Miami we stayed with the ever so amazing Federica. A great time followed- celebrating our resent deportation, cheersing beers and laughing at the incredibly defunct way we went about getting so little south for so much effort.
Resigned to flying we bought  more tickets to Panama City**. Naturally we almost missed the flight and had a mad race across the city and a record breaking bike boxing. It was just so hard to change out of Frederica's underwear (what she offered Chris and I to wear while doing our laundry) and put down our coffee cups.
We are here in Mexico city on a bit of an extended layover. Panama now requires an ongoing ticket in order to enter the country (as of Sept. 2012 and being strictly enforced). This we don't have for good reason. We had planned to get another boat to Colombia. After much debate they said we could enter if we have $500 cash on us. We made a dash to the ATM but all I got was a travel fraud alert and my account suspended. Our plane went on without us.The fee for missing\ changing flights makes me wanna stab out my left eye but what are you gonna do? freak out? yea I did a bit of that. So we're hanging out here in the airport for a few days till I can contact my bank on Monday. Making the best of it. Man I can´t wait to get back to cycling- what I know and love.

*Sitting in the boat one night while it was up on blocks in the boat yard. I was on my lap top when a lightning storm rolled in and the sky opened up. We hadn't finished patching the fiberglass on the roof and soon the inside the boat was also raining. I was under the only dry spot, when all of a sudden there was a sharp crack and a brilliant flash. An arc of electricity shot through my fingers from the keyboard and I was literally thrown out of my seat. It felt like I just got hit on the tail bone with a sledge hammer and all the hair on my body was standing up. I stumbled out onto the cockpit half expecting the world to be gone but nothing had changed, other than now I have a computer with a friend motherboard.

** If you ask why we don´t just ride? Its cuz I have already pedaled to Panama city and have no real urge to do it again. I´m more excited about finding our way to Colombia and picking up this world tour where I left off.
Posted by bikegreaseandcoffee at 4:58 PM 3 comments: