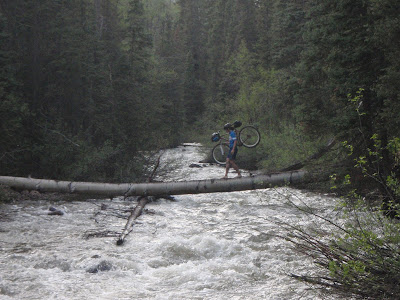 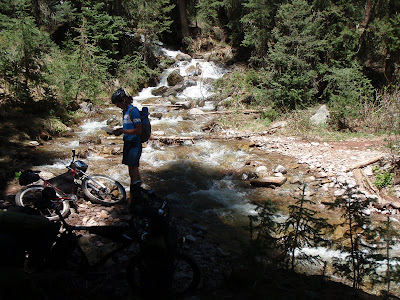 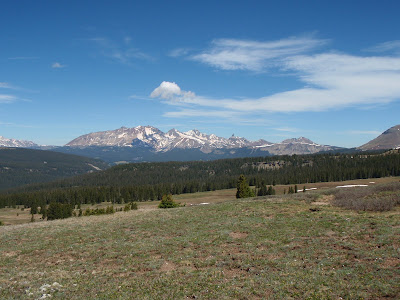 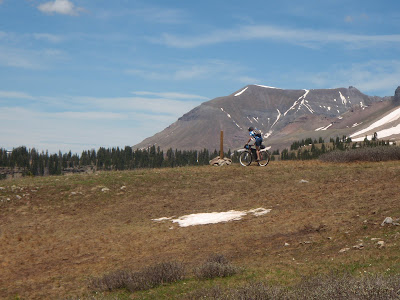 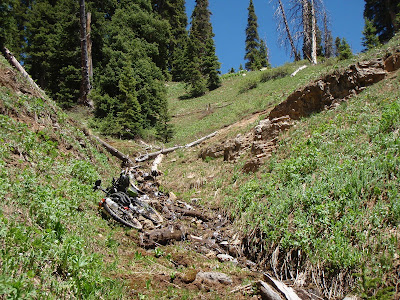 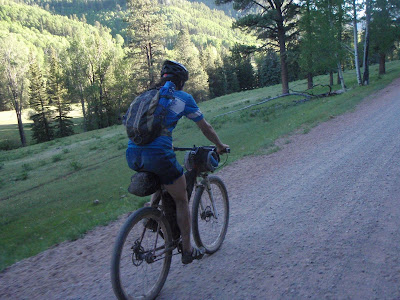 Barry (the single speed historian whale) and I rode up out of Durango and mauwed head long into some fantastic wilderness. From Purgatory ski resort we staggered up and up then up again towards the Bolam Pass. We sorta kinda knew where we were going and more or less followed a developed trail. But really left it to mashing northish westerly.
Barry was carrying pretty much just a spare pair of undies while I on the other hand was back to my worldly kit. That sucker missed out only getting to hike the trail once where I got to do it three times! Running up one set of panniers then the next and then the bike. Setting a new first for me in all of my years of touring: The least amount of miles for most amount of effort! Though truly a great time just barging, enjoying a nightly campfires and listening to Barry ramble the history of the world.
We plopped out just south of the Lizard head pass on the 145. Then went up and over another pass on a extremely luxurious dirt road and got no love or supplies at the weird gated ghost town community of Dunton. We had planned to stay in the forest longer but my snail tail chasing pace had us way behind somebody's schedule, eating all our supplies and having to drop down to Dolores for burgers. No complaints here!
Posted by bikegreaseandcoffee at 5:03 PM