A turn of things.

Riding along one morning there was a snapping sound that came from below me. Almost immediately it felt as if my left foot just stepped in some ones potato salad. If anyone remembers my incident in Montana? This is a spontaneous and semi-troublesome pic-nic I've attended before. My left spindle snapped once again leaving me to pedal one footed on a mountain road. Don't ask me what the deal is with my left foot. It just hates pedals. 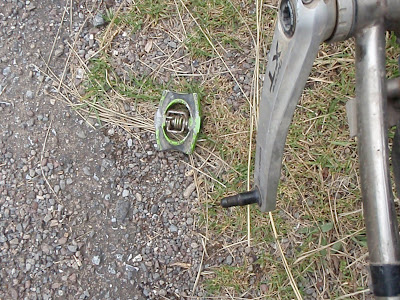 Kelly rode on while I hitched for a ride. Some nice dudes in a coca-cola truck got me into the next village where I met her and got these sweet replacements: 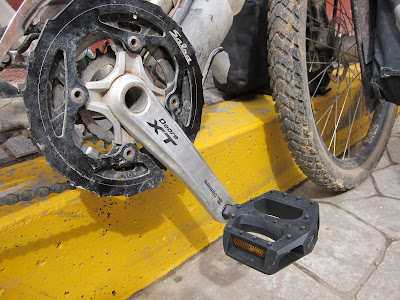 And then in the larger San Miguel de Allende I got these used Shimano SPDs: 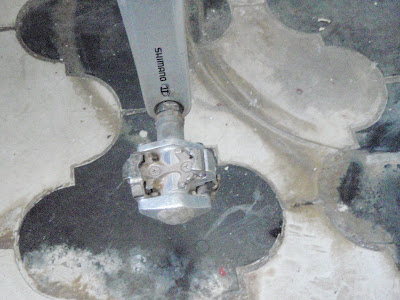 During this time I wrote to Crank Brothers to see If they could help me out once again. The last time they were spot on and super helpful in shipping me a replacement spindle kit! Again they were awesome to find it in their hearts to extend a helping crank arm. Though this time instead of the parts to fix my pedals, they sent new pedals. I don't want to seem ungrateful in any way. But its a down grade in pedals and I'm left with a small heap of old pedal only needing one part to fix. 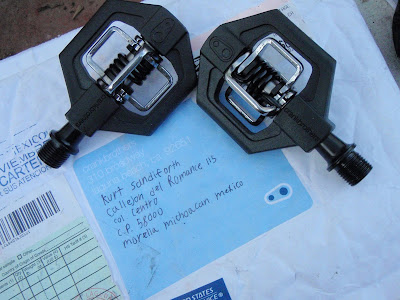 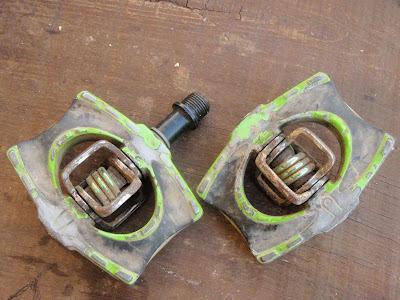 One last time I'm going to give Crank Bros. pedals the benefit of doubt. Why not just continue to rock the Shimano pedals you ask? Because I like the smooth contact of the crank bros. brass cleat and two bar float system. Also they are easier to get in and out of and have no rattly clackety cleat/ pedal interface like I feel with SPD. Crank Brothers just have a habit of jumping ship is all. Yes, I will be carrying along the SPDs for back up (knowing the brutality of Clubber Lane A.k.A my Left foot). Anyone wanna bet on how much JRA it will take for Clubber to houze the new scm435 chromoly contender?
Posted by bikegreaseandcoffee at 4:59 PM