Things allways seem to work out 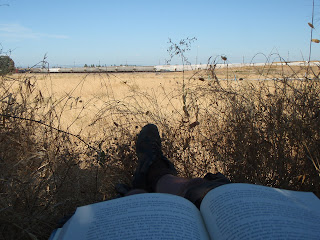 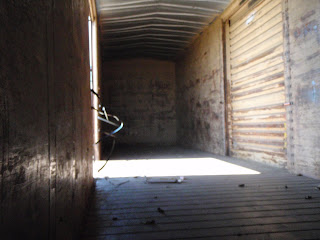 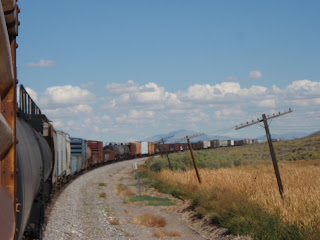 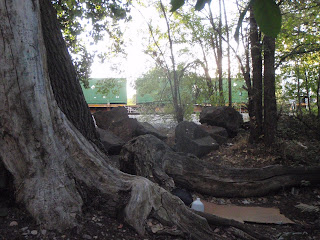 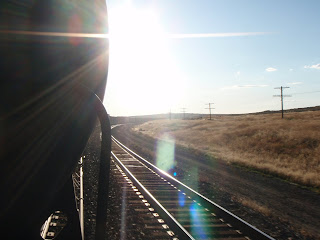 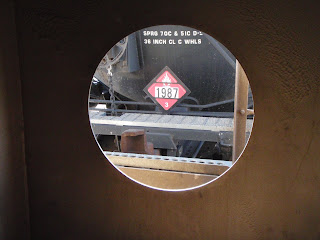 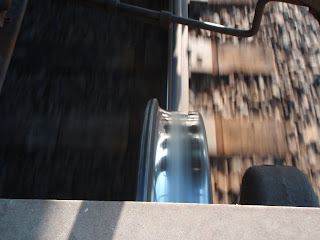 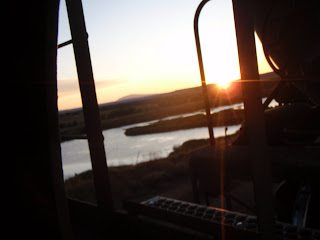 I didn't get out of Oakland till my second night. Many trains rolled by but nothing had my name on it. I was hoping for a long haul hotshot but after waiting 24 hours, impatience got the best of me and I dove into a boxcar.
I got off in Roseville with hopes of a faster higher priority train. Man, it was still hot for September. I hid in what shade I could find and watched them work trains in the yard. Not a single train I wanted to ride came or went that whole day and night. I shuffled into downtown for coffee and refill my water jug, Then back out to wait and stew some more. By that evening I was really wondering what the fuck was going on with the freight traffic in Roseville these days? It was once the hub yard for all the freight in far west.
My answer arrived in living form, carrying a backpack and also prowling the mainline. I didn't catch his name but he was much more up to date with the happs then me. He was calling in unit numbers on his cell phone to find out their destination. Then he told me that they have down scaled this yard. Most traffic from down south and the Bay Area are taking the by pass in Sacramento. That put an end to the mystery.
As we're still talking a train pulled in. He called in the numbers and said "that one is heading for Seattle", "I think I'll take it". It was all empty 48 trailers but he went and got on it anyways. I went back to lounging in my hidden spot and not but a few minutes later I hear the rail cops pulling him off.
Again nothing that seemed like a good east bound ride came through that night. I shuffled back to town once again that morning for coffee and some internet at the library. It was Saturday already. 4 days and I had made it a hours drive from Oakland.
I talked to Kelly at the library, It was her weekend. She came to resuce me from shuffling back and forth through Roseville pulling my hair out.
We drove up to Quincy to visit Chris, Lily and Ciano. We got in some good hanging out and a little high sierra hiking and BBQing.
Kelly drove me out to Portola. The same little mountain town I got off at one my way out. We raced a double stack train on the way and got there in enough time for a quick good-bye and for me to dash off to catch it.
There was not a single bucket on the whole thing. I was sick of trains passing while I sat and watched so I rode suicide (up in the wind on the deck) through the night into Nevada. At the next yard, Wherever it was, I switched trains and got into a boxcar. That night I got off in Salt Lake City.
I had met Dallin randomly a few months earlier in Wyoming. He gave me his phone number and said If I was ever in SLC to give him a call. So I called. He gave me directions to the "Boing" anarchist collective and met me there. I stayed the night there cuz on his recomendation it is better to take the city bus in the morning for 2 bucks to Ogden and catch East from there.
In Ogden it took a while for the right combination. You have to catch south out of the yard. I was worried I would just get taken right back down to SLC.
Finally a junker came in off the west side of the y at the north end and was switching to the east side of the yard heading south. (say that 10 times fast)It was just what I was waiting for, I ran down the strand and found a shotgun grainer.(a.k.a. Double hole canadian grainer) ( my favorite junk train rideable cuz it has a nice big hidden compartment to ride in)I climbed in and went to sleep and woke up in Green river, Wy.
I was broken up and humped all over that yard but eventually dragged on to the east. Next stop I recognized the yard of Rawlins and knew the next one was Laramie.
This is where I started talking to the train in a nice voice asking it; "Please slow down enough for me to only do a couple somersaults" or "I promise to brush my teeth more and learn to like grapefruit if you'll just slow for me to bail off without turning completly to dog meat. But really I was preparing myself for having to make my way back from Cheyenne the next day.
Just after dark, on the out skirts of Laramie the train started to slow and by the time I was just where I had gotten on a month and a half ago it stopped. I stepped off in the warm night air, filthy, hungry and happy as can be. Man, I love those trains.
Posted by bikegreaseandcoffee at 3:20 PM