Cold beer and a random meeting can change everything. 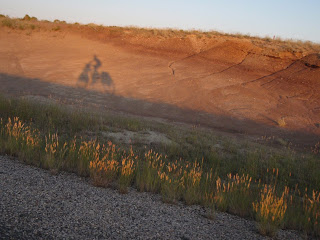 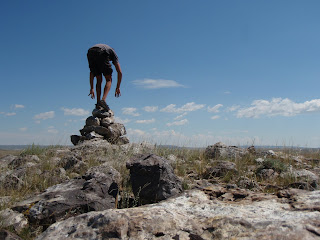 It was a rough afternoon and I was dragging. I just kept thinking of setting up my hammock for a nap. It was hot and the miles of washboarded dirt road were grinding on my nerves.
I rolled into Atlantic city WY (population 57) The market/cafe had picnic tables out front and seated at one of them was Greg Hansen. Greg had hiked the Appalachian trail in 1978 but not hiked much since. This summer he decided to hike across Wyoming along the continental divide.
He was drinking cold Coors and still rocking his original gear from the 70's when I walked up. We ended up sipping beer, having some great conversations and hanging out for hours. He was funny as hell and made me wish that I could even come close to being such a charater at 53.
When I rode on I was half drunk, chatting up the passing cows and smiling at my desolate surroundings. (Dont worry Greg I still have the oatmeal packet with your adress on it and will stop by if I'm ever in Nebraska) 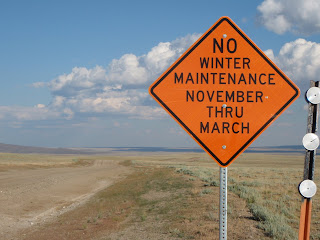 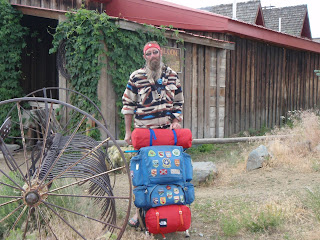 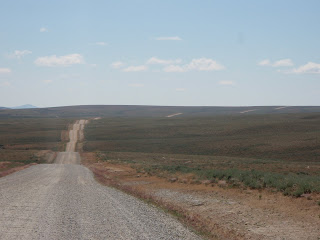 Posted by bikegreaseandcoffee at 10:43 PM