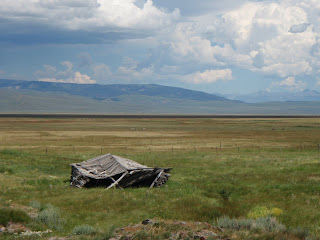 I rode down into Butte with a broken front rack bracket. After some brutally rugged, back country hammering I was quite happy that thats all that broke.
Rob Leipheimer (levi the pro cyclist's brother) owns a bike shop in Butte and is seriously a very nice guy. He opened up his shop to me to do any repairs and cleaning I needed to do. But best yet I was able to catch up on The Tour de France in grand big screen style. I stayed in Butte a few days running errands but mostly hanging around watching Tour highlites. 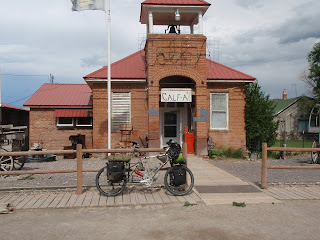 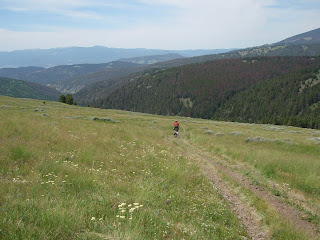 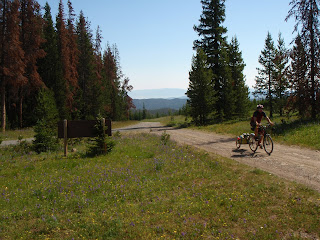 About 10 miles south of Butte I met Tyler. He was also heading south on the Divide Route. He is from Canada and also heading into Latin America. We pedaled over the Fleecer pass together. A part of the route that is notoriously steep and rough. At one point on the decent it was such a steep rock garden that I had to run along side my bike through the brush, skidding and sliding trying to stay upright. Tyler comes down after me winded and says "Well, that was a real shit show". Indeed it was and I'd gladly do it again. We rode together for another bit through Montana's back country. Late one afternoon, He peeled off to take a nap, Said he'd catch up to me later. I havn't him since, I hope he didn't get eatin.
Posted by bikegreaseandcoffee at 8:32 PM