Chris wrote a few mass e-mails of our time spent traveling together. I though I´d include them as another perspective as well as giving ya'll some lengthy reading to gnaw on. 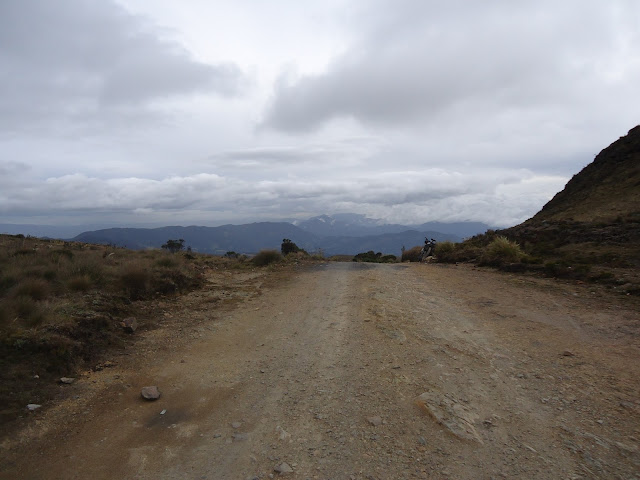 And bit further down the road:
Finding the perfect campsite at the end of a long day requires a bit of perfect timing and luck.  The desired site will offer refuge from noise and the beating morning sun.  It will offer a water source for cooking evening and morning meals, and some form of bathing which I enjoy before I retire to my solo man cave for my daily reflection, reading writing and rest.  Hopefully the rest subsides to a continuous sleep until either my urge for the morning roast or bowel movement move me first.  The search begins when the star that lights our world shows signs of retiring for the day (at least in this part of the rock i reside).  Strange as it may seem, the sun has been setting at about 6:30.  Being this close to the equator, I had no real idea of what season it would be upon arrival and what weather patterns to anticipate let alone the time of the sunset.  I knew we would be upon a cusp of the inverted patterns of the Southern Hemisphere relative to the North, of my known existence.  It turns out there are really two predominant seasons (estaciones del ano), invierno and verano (winter and summer), and logically if it is summer up home I knew that if I continued south enough it would be winter, and since I’ve lived in Florida for the past two winters I was looking forward to some snow and briskness.  What I didn’t realize was that here in the center of the country, still a few degrees north of the equatorial boundary, winter is beginning.  At lower elevations this means rainy season, at high elevations as I found out as I watched some misty precipitation trying really hard to be sleet, that it would mean people dressed like they were going to a football game,  that is if they wore wool ponchos to football games.  Farm animals are also endowed in winter coats.  Even the Pigs had long pink wooly coats. 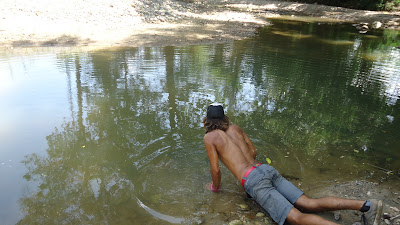 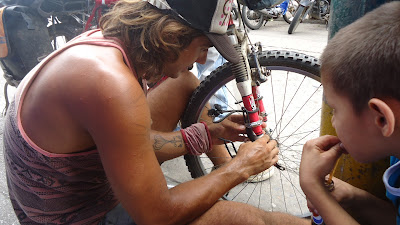 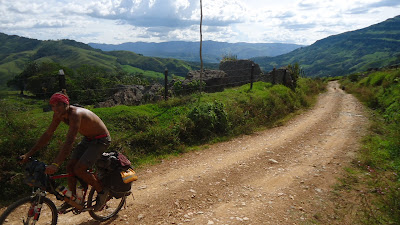 Posted by bikegreaseandcoffee at 9:35 PM