I just wonder how many will become ninjas? 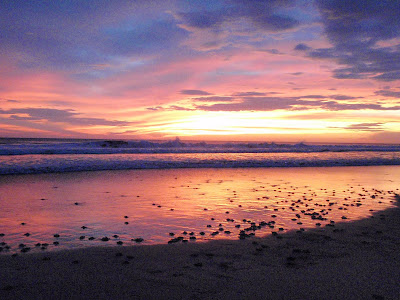 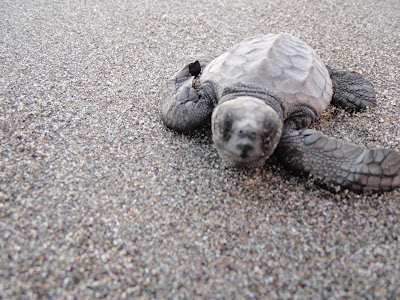 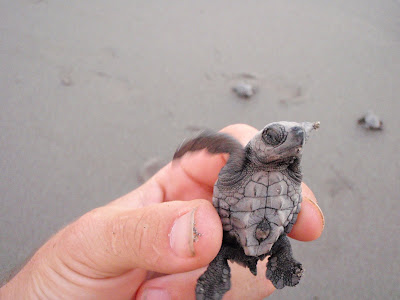 1 out of every 1000 baby sea turtles survive. Turtle poaching was made illegal in the 90s but still they are hunted quite often for their meat and eggs. Not just by humans but seems like every other animal also wants to make snack out of them. I licked one but it really didn't taste very good.

We wanted to help out and do what we could to increase the chances for some of these little guys. So we went to the turtle sanctuary in Puerto Arista with intention of putting in some volunteer time. But we found there was not much for us really to do(at least at this one). William and his uncle Toni who who pretty much run the place had crashed the truck into some poachers a little while before we got there. So there was no going out to collect anymore eggs at the time. All there really was to do was lay around in a hammock and wait for the previously rescued incubated eggs to hatch. Just before sunset the little guys that hatched that day were counted and carried down to the awaiting ocean. It was a fantastic scene to watch them scramble into the surf, see them swim off to their new under sea world and only hope that the ones we touched would have a better chance at survival. Don't skip them into the water, they don't like that!
Posted by bikegreaseandcoffee at 3:11 PM